On 13 August, 2015, National Chungshan Institute of Science and Technology (CSIST) will unveil new Unmanned Aerial Vehicle (UAV), commonly known as drones, as a part of its Taipei Aerospace and Defense Technology Exhibition display. This is in many ways breakthrough because successful completion of its development would mean that research conducted by Aeronautical Systems Research Division (ASRD) advanced enough to produce UAV comparable to other nations’ combat UAVs.  The new UAV bears some resemblance to US-made MQ-9 Reaper although size-wise (thus also capability-wise) it is probably closer to MQ-1 Predator, both types of Unmanned Combat Aerial Vehicles (UCAV) deployed globally by the US to conduct ground strikes and reconnaissance missions. 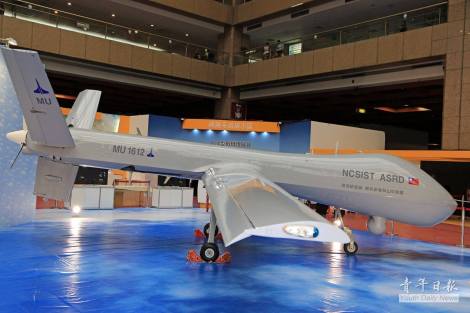 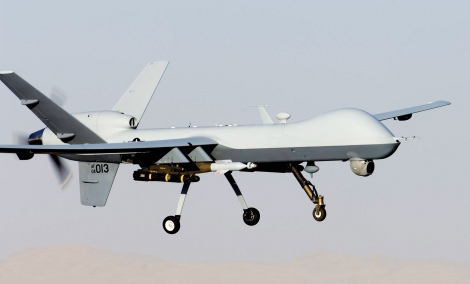 If resemblance implies mission, then it is likely that Taiwan’s new UAV will be able to conduct ground/naval strike missions, provided that Taiwan will be able (allowed to) to integrate its new UAV with US-made AGM-144 Hellfire in the absence of domestically-built alternative. However, whether it would be able to carry AGMs or some other payload is subject to speculations as long as payload, range and speed, and type of sensor equipment is not available information. [update] CSIST released video that helps to get better idea about proportions of the new drone.

“It is the latest unmanned aerial vehicle developed by our division,” division director Ma Wan-june (馬萬鈞) said. “It is the first time the aircraft has been revealed to the public.”

The same report then continues with outlining possible missions for the new aircraft. The information provided by defence ministry does not mention potential ground or naval strike missions, however, in this particular case (and considering that the system is still under development) it is rather understandable.

It is also designed for medium-altitude long-endurance missions and multiple payloads, Ma said, but he declined to divulge specifics such as its range, length and weight, as it is still undergoing tests.

The craft is aimed at day and night missions such as intelligence gathering, surveillance, reconnaissance, environmental research and coastal patrols, according to information provided by the ministry.

This would not be the first UAV developed by CSIST. ROC military already deploys Chung Shyang II UAV for surveillance, reconnaissance, target acquisition, and other missions. However, previous models were smaller in comparison. It is fair to say that Taiwan’s UAV program is still in its nascent stage and the new UAV would mean significant leap ahead provided that development won’t run into serious problems and deployment will be successful. 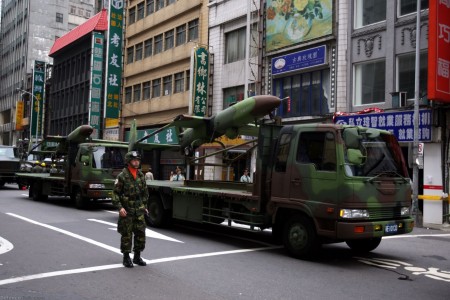 Among the other exhibits is the Sea Oryx missile system which was also developed by the institute.

“The missile system is likely to be deployed on small and medium-sized naval vessels,” the institute’s Yen Shih-jui (嚴世銳) said. 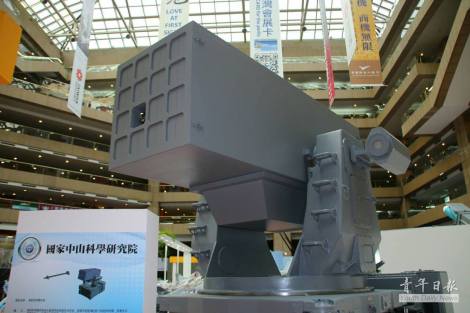