Sale of 120 F-16A and 30 F-16B was approved in 1992 and first planes become operational 2 years later. It was highly welcomed acquisition since throughout 1980s ROCAF had become rather obsolete air power. Acquisition of advanced F-16s altogether with Mirage 2000-5 once again gave Taiwan counterbalancing force against People’s Liberation Army Air Force (PLAAF) that just boosted its modernization with acquisition of air superiority Russian-made fighters Su-27 that were subsequently produced in China under license agreement as J-11. 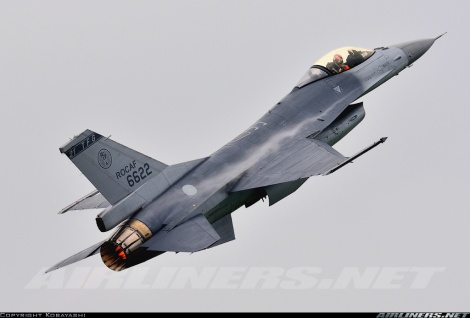 F-16 is a multirole fighter aircraft that proved to be highly capable platforms for air-to-ground strikes conducted by US Air Force and Israel Air Force among others. However, its primary mission as a part of Taiwan’s Air Force is air defense mission. Provisions in the Taiwan Relations Act – US domestic law that governs unilaterally relations between United States and Taiwan – state that US will provide Taiwan with “arms of a defensive character”. This has prevented Taiwan in the past to acquire modern platforms that were considered to be of offensive nature and is likely one of the (although not the major one) factors for long-stalled decision on sale of 66 F-16C/D.

In September 2011, Administration of President Obama approved US$ 5.8 billion upgrade package for standing fleet of F-16A/B. Upgrade is truly impressive. F-16s will be equipped by Active Electronically Scanned Array (AESA) radar and modern weapon systems including latest generation of AIM-9 Sidewinder missiles and Joint Direct Attack Munitions (JDAM) laser-guided bombs. The latter will give F-16A/B advanced ground strike capacity. However, upgrade does not solve problem of ageing frames and weaker engines that does not allow Taiwanese F-16 to pursue mission deeper beyond Chinese shores. Modernization program will be implemented between  2017 and 2027 which means that at any point during that period part of the most capable combat platforms of the shrinking ROCAF will be out of service.

IDF program started in early 1980s with US technical assistance and introduced to ROCAF in mid-1990s. It is essentially light-weight defense fighter due to weak engines and resulting low payload and endurance. Low performance of IDF’s engines is major disadvantage against new generation of Chinese jets. Currently, IDFs are undertaking mid-life upgrades. IDF program demonstrated that Taiwan’s ability to produce relatively advanced combat jet and as such it is potentially promising platform for future development.

F-16C/Ds were requested for the first time in 2006. Sale first fell victim to period of domestic struggles when KMT-controlled legislature were blocking ant attempt of DPP Administration to allocate procurement budget and US refusal to accept formal Letter of Request in 2006 and 2007 until standoff between legislature and administration is solved. Five years later the sale is still stalled although the political environment in the US seems to be favorable for its materialization when bipartisan effort in Congress gained new impetus after the Administration had failed to include the sale in package approved in September 2011. However, it is again Taipei that appears to be hesitant over the issue despite the fact that Taiwan’s air force will face serious shortage by 2020. 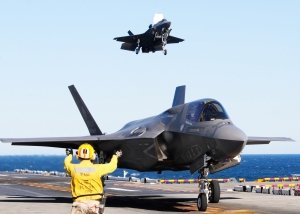 In an ideal situation F-35B with VTOL (vertical take-off and landing) ability would be a perfect item on the shopping list. However, F-35 in any version would not be available to Taiwan for many years to come. Cost of the 5th generation stealth plane also appears prohibitive. Despite that Taiwan’s government seems to be considering scrapping F-16 purchase and issue a request for F-35B. However, that is simply not viable option now, and not one that would solve Taiwan’s forthcoming fighter jet shortage.

These advanced fighter jets are on the paper good alternative to what US would offer. However, it is not very likely that any European state would sell modern fighter jets to Taiwan, step which would certainly make Beijing furious. Hypothetically, from the above options, JAS-39 Gripen would be optimal option due to its ability to take off and land on short runways (or provisionally on highways) and also affordable option with price for unit between USD50-60 million (2009 prices) whereas cost of Eurofighter Typhoon may be double that price (*).

Interesting proposition for ROCAF is the idea to purchase AV-8B Harrier which are currently in U.S. Marine Corps service. It is not fighter jet option, the most suitable mission for Harrier is ground strike. However, VTOL ability allows it to operate virtually from any place and it would be an excellent bridging platform should Taiwan ever be able to buy F-35Bs (which would not happen earlier than late 2020s).

(*) Prices of any modern fighter jets are difficult to compare from open sources as it is not always clear what is included in price. One of the ways is to take flyaway cost which basically includes just cost of production, excluding research & development, equipment, or maintenance. Following analysis of India’s Medium Multirole Combat Aircraft (MMRCA) bid provides flyaway estimates for some of the jets mentioned above: https://www.defenseindustrydaily.com/mirage-2000s-withdrawn-as-indias-mrca-fighter-competition-changes-01989/.