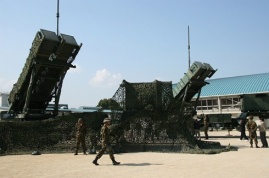 Wall Street Journal reported on August 23 about US plans to foster missile defense in Asia.  According to WSJ, the centerpiece of the new deployment would be one X-band early warning radar based in Japan, another one possibly based on undisclosed location in Southeast Asia. Current missile defense in Asia is based on US deployment of land-based Patriot PAC-3 systems and SM-3 missiles installed on vessels equipped with Aegis system and deployed with US 7th fleet. In addition, Japan and Korea included in their arsenal both land-based Patriot systems (PAC-2/PAC-3) and sea-borne SM-2 block III/SM-3 block I in order to contain ballistic missile threat from North Korea. It seems highly plausible that THAAD anti-missile systems will be also deployed in Asia in the future. Two observations from WSJ piece are relevant for Taiwan:

However, Taiwan may not have to be mere consumer of US missile defense efforts. With new Raytheon-built long-range early warning and surveillance UHF (Ultra High Frequency) radar on air force base in Hsinchu coming online, Taiwan will be able to extend its coverage of China as far as 3000km. Speculations have arisen to what extent this particular radar will have “software-disabled” satellite tracking function, but that does not affect its missile defense mission. Naturally, no one will confirm integration of missile early warning systems in Japan and Southeast Asia with UHF radar in Hsinchu. Nevertheless, the necessary infrastructure will be in place and it seems highly plausible that US includes Taiwanese installations in their plans.

Taiwan is the principal receiver of missile threat from China. Report on Chinese military power, prepared annually by US Department of Defense, estimates number of short-range (SRBM) and medium-range ballistic missiles (MRBM) at 1200-1500, and number of cruise missiles (CM) between 200 and 500. Taiwan’s missile defense relies on low-tier systems: upgraded PAC-2, PAC-3 and domestically built Tien-Kung air defense systems that are being upgraded to missile defense capability.